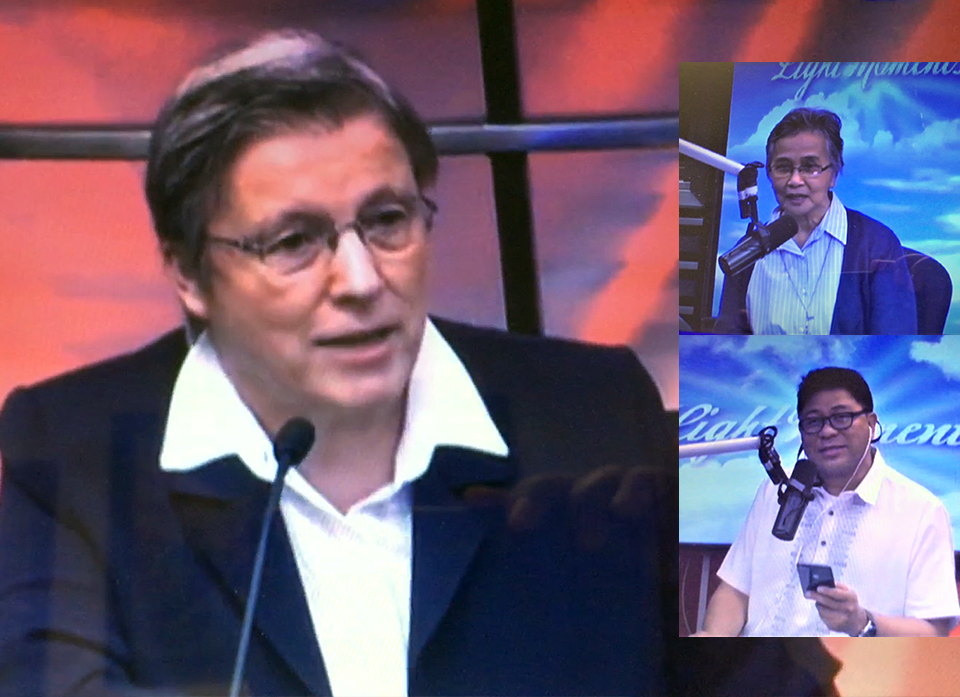 At a graced moment, Sister Maria Theresia Hörnemann, SSpS was a guest on the DZMM Light Moments program on April 27, 2019. Co-anchored by Fr. Jerome Marquez, SVD and Sr. Eden Panganiban, SSpS the live program was aired both nationally and globally through Trans Filipino Channel (TFC).

Sr. Maria Theresia was interviewed on the Challenges Confronting Women Religious in the World Today. Zeroing in on two big issues, Sr Maria Theresia expounded on the role of women religious in the Church, as well as the discernment that religious are to engage in, considering the increasing mission needs in different parts of the world vis-à-vis the decreasing number of vocations.

Answering Fr. Jerome’s question on what particular contribution women religious make to the Church today, Sister adeptly cited the listening and caring attitudes of Sisters as part of the search-response process. Imagine a Church without women! Amidst the ever-growing call for Sisters’ missionary presence, Sister cited several criteria in the discernment process: the call for SSpS in particular places through the Local Ordinary for pioneering needs, where there are no other religious groups rendering the service, among others. This implies possibly saying good-bye to or letting go of some ministries in certain places or areas of service in order to respond to pressing and pioneering needs elsewhere. Cited as an example was the recent call to minister to migrants in Greece, Uganda and South Sudan.

Asked about the particular contribution that SSpS Philippines gives to the international mission, Sr. Maria Theresia named the following traits of the Filipina SSpS: their faith, the hardworking, committed attitude, ability to adapt to various cultures and willingness to accept assignments wherever…

Viewers and listeners sent in their appreciation for the enlightenment and inspiration on the topic of the conversation. 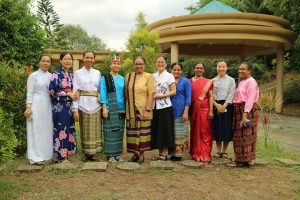 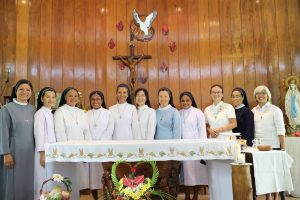 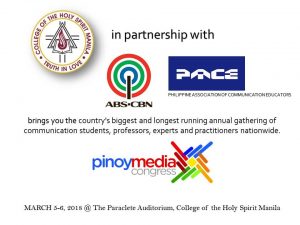 Pinoy Media Congress at the College of the Holy Spirit, Manila