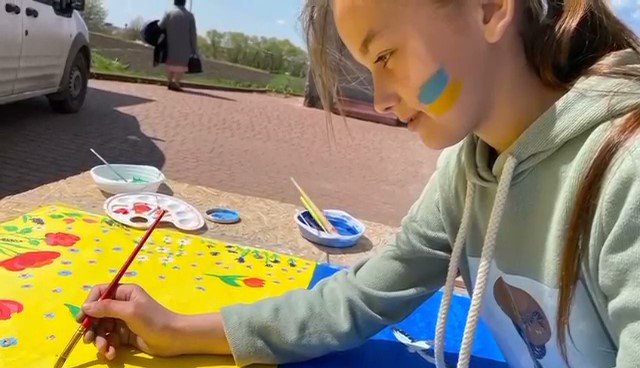 Mission in the time of war

Hundreds of civilians and wounded soldiers are in need of immediate evacuation. The occupants are forcibly deporting Ukrainians to the East. There are new mass graves with  civilians buried in them being discovered near Mariupol. There are also many cases of civilian abductions. The whole world remembers the horrors in Bucha and other cities liberated from the occupants, where mass killings and torture of civilian Ukrainians have been recorded.

This war has changed our life drastically.

New realities, new challenges, new needs, in which the Risen Christ is present and together with the Ukrainian people is fighting for the Truth.

During the war, our community of Missionary Sisters Servants of the Holy Spirit was given hospitality by the Franciscan brothers in the village of Matskivtsi.  Now we are living and serving in the Sanctuary of Our Lady of Fatima. Here, together with the brothers, we have developed several activities to serve those who need help most.

In the first weeks of the war, here in the convent we organized a night shelter for the people who were fleeing from bombing and shooting. Various groups of people fleeing the cities with active hostilities stopped here to eat, bathe, and rest before continuing their journey. Since then, the flow of internally displaced people has decreased significantly, so now we have set up a small humanitarian aid center here. We began to bring and receive clothes, food, and medicine from other communities in Poland, Germany, and Romania, and from various benefactors. Many of the  people presently living in Matskivtsi and in the neighboring villages are from Mariupol, Kharkiv, Makarov, Kyiv, etc.  Most of them saw all the horrors of the war with their own eyes. They left their houses and fled, without having time to collect their suitcases, so they need basic personal hygiene items, clothes, medicines food, sweets and diapers for children. We help them by providing the most necessary things.

The medicines we receive are transferred to the front line, as well as to the military hospitals. We are looking for sponsors to purchase the necessary items for the military as well as the medical equipment for the hospitals. This is a very important area of our activity today.

In this difficult time, we continue to live and keep our faith! The Lord is with us! On the bright day of Easter, we shared our joy with the wounded soldiers in the hospital. Local people prepared Easter baskets for the soldiers who are being treated in the city of Khmelnytsky. We also collected delicious packages for internally displaced children in the Khmelnytsky region.

The war is affecting the lives of all the children: those who saw it with their own eyes in Kharkiv, Mariupol, Kramatorsk, Kherson, Mykolayiv, and those who live here in Western Ukraine, where there are no active hostilities, but where air signal alarms or the noises of military airplanes are often heard. For us, working with local children is very important so as  to “pull” this war out of their bright and innocent hearts. Thus, as before the war, we continue catechesis lessons, and organize creative workshops (painting Easter eggs, creating handicrafts), and active games. Prayer is also important in our work with the children. We pray for peace in Ukraine and in the whole world, for the conversion of hearts, for enemies, so that this war does not destroy our hearts, which are a place of love and joy. The war has invaded our lives and changed us forever. But we know that “He who knows what it is to suffer “(Is. 53:3) accompanies us. “Therefore, having suffered and been tested, He can help those who are going through trials” (Heb 2:18)

We Ukrainians live in this difficult time with faith and unceasing prayer! And we ask for your prayerful support! 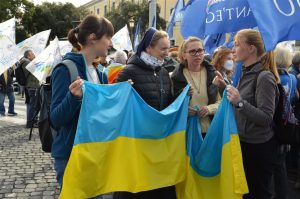 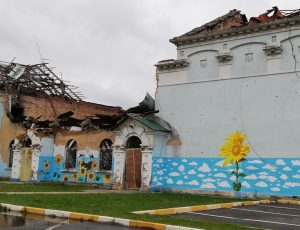 “The Situation Made Us Corageous and Stronger”