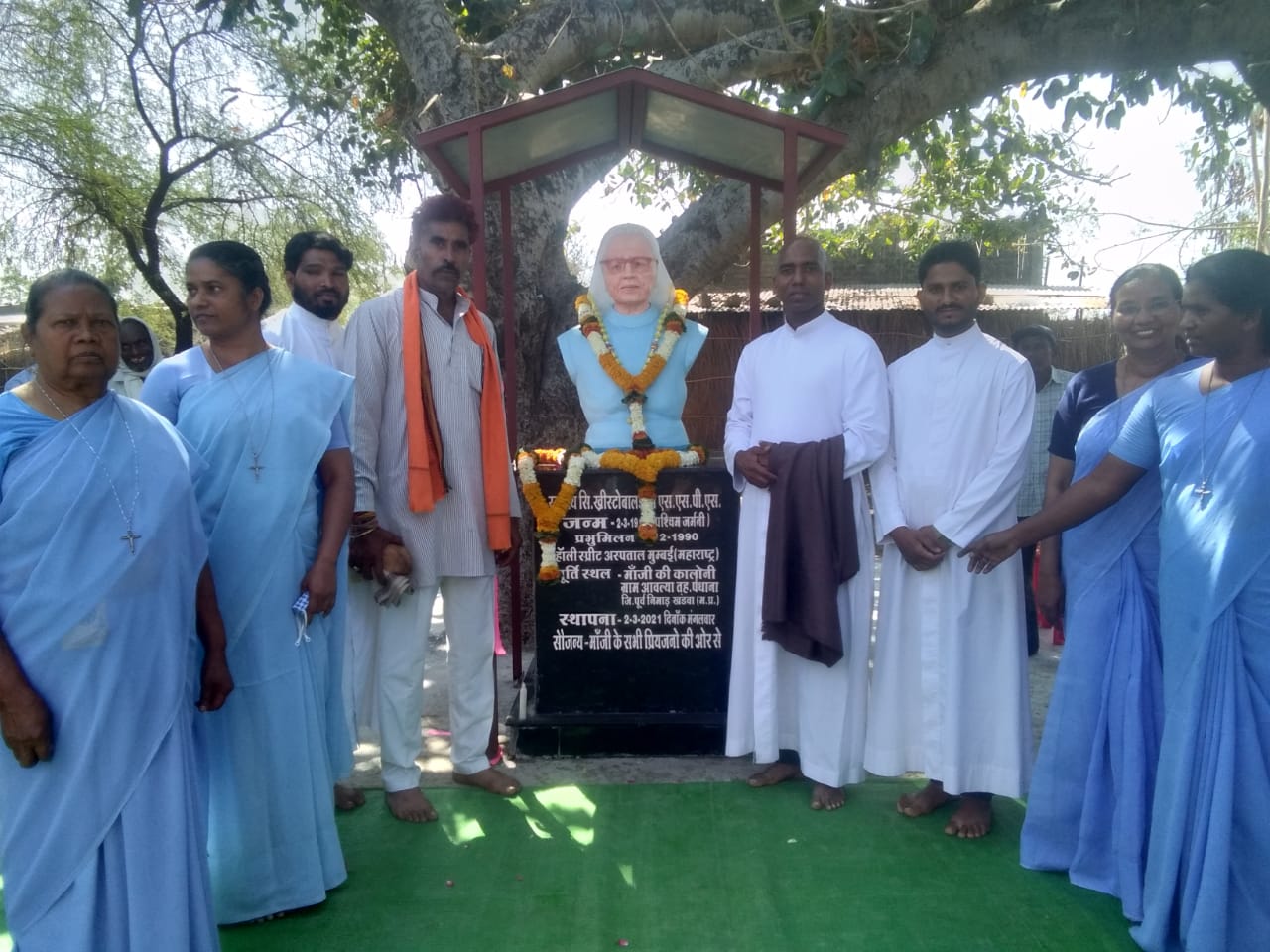 With the initiative a Leprosy colony in a village called Auilia, in central India, people installed the statue of Sr. Christobaldis Theodora Sickdrees SSpS on her birthday on 2nd March, 2021. Around 100 people participated in this touching but unusual ceremony. The statue of Sr. Christobaldis was carried to her grave and after a small prayer service it was brought in procession to Catholic Church and the Holy Mass was offered. From there it was taken back in in procession and installed in the colony where the families of people cured from leprosy live. Many SSpS Sisters, local leaders and villagers were present for the ceremony.

Sr. Christabaldis arrived in India from Germany in 1951. As a nurse she worked in nursing home began by the SSpS missionaries in 1936 for several years. It is in the process of becoming one with the people of the place that she leaned about people suffering from leprosy in the nearby districts. She chose to be with this group who were considered to be   one of the most dreaded and marginalized section of the society. She began her pioneering work of establishing a leprosy health care centre in the village of Aulia in 1965. In the beginning she faced several hardships such as non-acceptance and even stoning because of the stigma of the disease. She fought for the education of children from families where someone had leprosy. She always stood by the leprosy patients and served them with compassion. She died of cancer on 9th December 1990. Thousands of leprosy patients were treated by the Sisters in the health center even after her death and many of them are rehabilitated into the society. It is truly her heroism and dedication.

During the ceremony, Rajan, one of the participants who has personally experienced the work of Sr. Cristabaldis expressed that she was silent and a great missionary who is unknown. She is alive in the hearts and minds of every Leprosy patient whom she served with great love and dedication. He also said that there after the name of the colony will be ‘Christobaldis’.

India: Kerala is experiencing a catastrophe of a lifetime